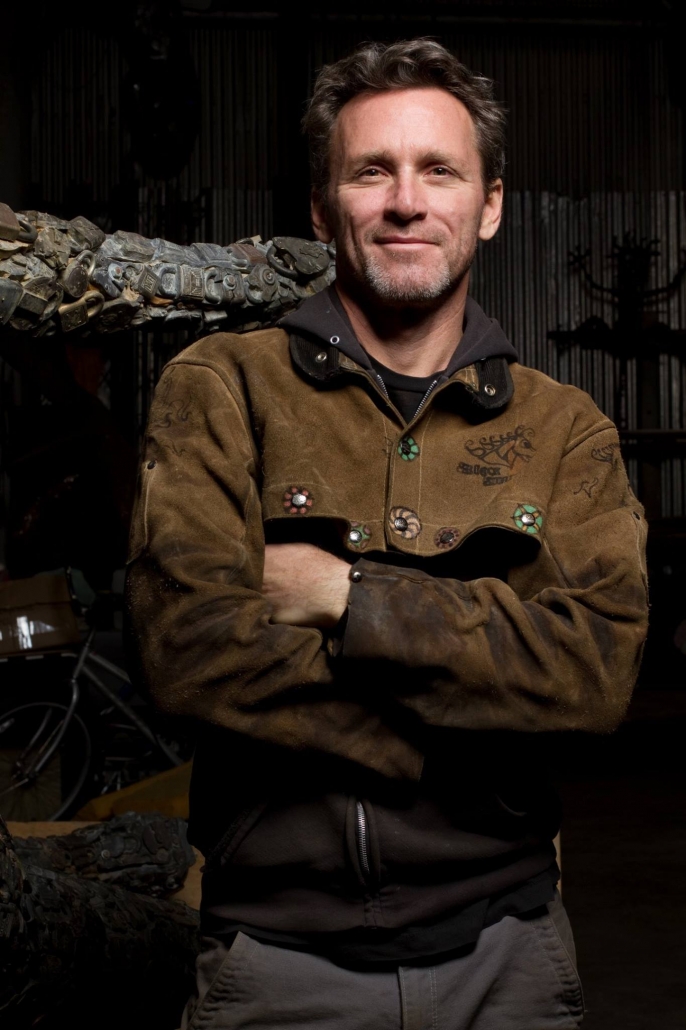 Michael Christian was born in Dallas, TX, where he spent his childhood. Christian pursued his BFA at the University of Texas at Austin before an extensive apprenticeship for late American sculptor, Luis Jimenez. As he set out to create his own large scale sculptures, Christian moved to the San Francisco Bay area in 1995. Now, Christian’s large-scale steel creations have homes in city centers, private collections, and at events in North America, Europe, and Australia. His playful and interactive sculptures, inspired by organic forms and patterns in nature, are a mainstay at art and music festivals across the country. In addition to his sculpture, Christian continues to exhibit his drawings and paintings, as they play an integral part of his creative process.

I’m inspired by the genius of nature and build things that make me smile. I attempt to use the simplest language and smallest words possible. Life is big and complex enough as it is. I make things and do not spend much time talking about or explaining them.